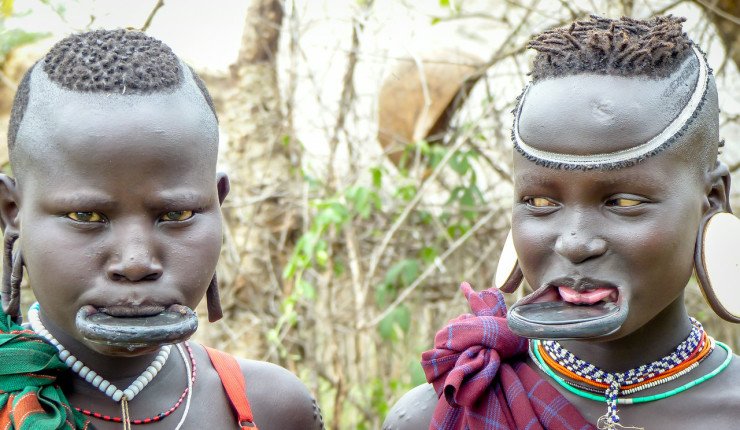 The Guardian recently published an article revealing where best to spend your holiday in Ethiopia, a clear testimony to the popularity of the country as a tourist destination. Nevertheless, the ‘Land of Origins’ has not always enjoyed such fame. The tumultuous years of the Derg era- featuring a communist dictatorship, coups, conflicts, and uprisings, followed almost immediately by war with neighbouring Eriteria- undoubtedly rendered it an unattractive place to vacation, and completely crippled the Ethiopian economy.However, the country has since moved towards recovering its reputation. Now seen as the fastest growing economy in the African region, people from all over the world are flocking to the ‘cradle of humanity’ to witness its splendour, as well as its incredibly well-conserved historical sites, nine of which are UNESCO world heritage sites. In 2014, more than 600,000 tourists visited Ethiopia, and it was even named the world’s top tourist destination by the European Council on Tourism and Trade in 2015. Despite these largely positive progressions, this eastern African nation is still considered the continent’s ‘best kept secret’, since for decades the government never attempted to entice tourists to visit.

However, the country has since moved towards recovering its reputation. Now seen as the fastest growing economy in the African region, people from all over the world are flocking to the ‘cradle of humanity’ to witness its splendour, as well as its incredibly well-conserved historical sites, nine of which are UNESCO world heritage sites. In 2014, more than 600,000 tourists visited Ethiopia, and it was even named the world’s top tourist destination by the European Council on Tourism and Trade in 2015. Despite these largely positive progressions, this eastern African nation is still considered the continent’s ‘best kept secret’, since for decades the government never attempted to entice tourists to visit.

Now, however, this attitude has changed. The Ethiopian Ministry of Culture and Tourism has declared its intention to attract more than 2.5 million visitors by 2020, and with so much diversity, a truly unique culture, miles and miles of breathtaking scenery, mesmerising architecture, and incredibly friendly and hospitable people, it is unclear why their goal should not be achieved. Certainly one of the most awe-inspiring landscapes in the world is the Simien Mountains National Park in Gondar, Northern Ethiopia. A UNESCO World Heritage Site since 1978, it boasts overwhelmingly picturesque views, unique wildlife, and beautiful vegetation- all more than 3600m above sea level. A trek in the Simien’s is one guaranteed to challenge you, surprise you, and exhilarate your senses, and is a one-of-a-kind experience that you are unlikely to ever forget.

Another stunning area in the country’s northern region is Lalibela, one of Ethiopia’s holiest cities, and home to the remarkable rock-hewn churches, amongst them the largest monolithic church in the world. Carved from living rock, and unable to be viewed from ground level, the engineering wonders are another UNESCO World Heritage Site. With the ancient roots of the town traced back to apostolic times, Ethiopia is undoubtedly deserving of its title the ‘Land of Origins’.

Although the town truly is deeply historical, there are still many beautifully designed restaurants, serving both delicious Ethiopian and European food, an impressive Fine Art Gallery and both luxurious hotels and traditional lodges- all with stunning views!

Another Northern gem, the city of Gondar used to be the Ethiopian Empire’s capital city. Hugely diverse, the bustling city was once divided into a Muslim quarter, a Jewish quarter, a Christian quarter, and a quarter where the nobility resided. Evidently incredibly historical, famous sites include the Debre Birhan Selassie Church, Fasilides’ Castle Complex (within which lies the Royal Enclosure UNESCO World Heritage Site), and Fasilides’ Bath

The Church- impressively built and with renowned wall paintings- is an iconic structure, the charming ruins of the castle complex are also home to stables, an ancient banqueting hall, a library, a chancellery, and three churches, and the Fasilides’ mystical Bath is blessed each year before an annual ceremony.

Attractions from a more modern time are largely located in Downtown Gondar. Evidence of the Italian occupation (1935-36) is plentiful in Gondar’s Piazza, a popular shopping area, and the surrounding Moderne-style houses. Gondar also boasts several acclaimed restaurants, such as Master Chef, Four Sisters, and Goha Hotel- all with traditional atmospheres and scenic views over the city- a feast for your eyes as well!

If you’re as fascinated by all this as we are, and would like to witness first-hand the marvels of the Land of Origins, why not book a tour now with Link Ethiopia?

Several companies exist that could offer you a perfectly reasonable tour of Ethiopia, but embarking on such a journey with us is an unrivalled way of experiencing all what this incredible country has to offer. This is because Link Ethiopia is truly rooted in local Ethiopian communities, which guarantees you an authentic tour of the ‘real’ Ethiopia. We will provide you with expert tour guides and drivers, ensure our charity director as well as members of our local Ethiopian team accompany you every step of the way, introduce you to the native people, and run tours with as small a group of people as possible- all enabling you to better immerse yourselves in the Ethiopian culture. You can rest assured that our tours are a success- we’ve been running them for over twenty years now!

All of our tours are all-inclusive, meaning that the relatively low price you pay includes accommodation, visas, meals, and all your local transport needs! Better yet, 100% of our proceeds go towards providing quality education to impoverished children and boosting communities in Ethiopia. Thus, while you are having the time of your life on the tour, you will also be helping others improve their own lives.

The Historic Ethiopia Tour will familiarise you with all of the aforementioned famous historical sites in Lalibela and Gondar, where you will gain vast quantities of knowledge from our professional tour guides about both regions. It also involves a trek across the Simiens mountains with our guides, a boat ride along the mesmerising Lake Tana, (the source of the Blue Nile) fun traditional Ethiopian dinner and dancing nights, and a preview of our work with local schools out in Gondar. This tour is a must for all first-time visitors to Ethiopia who want to genuinely connect with the country.

We also organise The Great Rift Valley Tour- designed especially for all wildlife fanatics! You will be taken into tribal lands where you will experience their colourful culture, walk alongside hippos and zebras, observe the crocodiles and the plethora of mesmerising birdlife, and taste vibrant food. This is truly a one-of-a-kind adventure!

It is also possible to join Link Ethiopia and tour Southern Ethiopia- a less explored region of the country, but still just as fascinating. On The Tribes, Mountains, and Caves Tour you will have an undoubtedly authentic and unique experience. We will visit some of the most isolated tribes and communities in the world, view the incredibly rare wildlife of the Bale Mountains, and journey into the age-old Sof Omar caves. Not a tour to be missed for those who want to experience something they never have before!

For another truly extraordinary experience, you can also participate in our Two Great Cities, One Great Festival Tour. Run at only one time during the year, this tour coincides with the fascinating religious festival of Timkat (Epiphany) in Lalibela. We also visit the great Muslim city of Harar, a UNESCO World Heritage Site in eastern Ethiopia, boasting 110 mosques, and the ancient capital city of Axum. Moreover, a chance to observe Ethiopia’s diverse wildlife is not lacking from this tour, since we visit the Awash National Park, and an elephant sanctuary, as well as witness more of the country’s amazing engineering when we visit Tigray’s rock-hewn churches. The perfect tour for those who like to experience a little bit of everything!

Our tours are genuinely life-changing experiences, not just for those involved, but also for those they benefit. If you want a first-hand account of what a tour with us is like, read both parts of Mark & Amy Robinson’s blog post recounting their recent trip to Ethiopia.

If you would like to sign up for one of our tours, then do so by filling in the contact form here. Alternatively, you can also email [email protected] Go on, you know you want to!