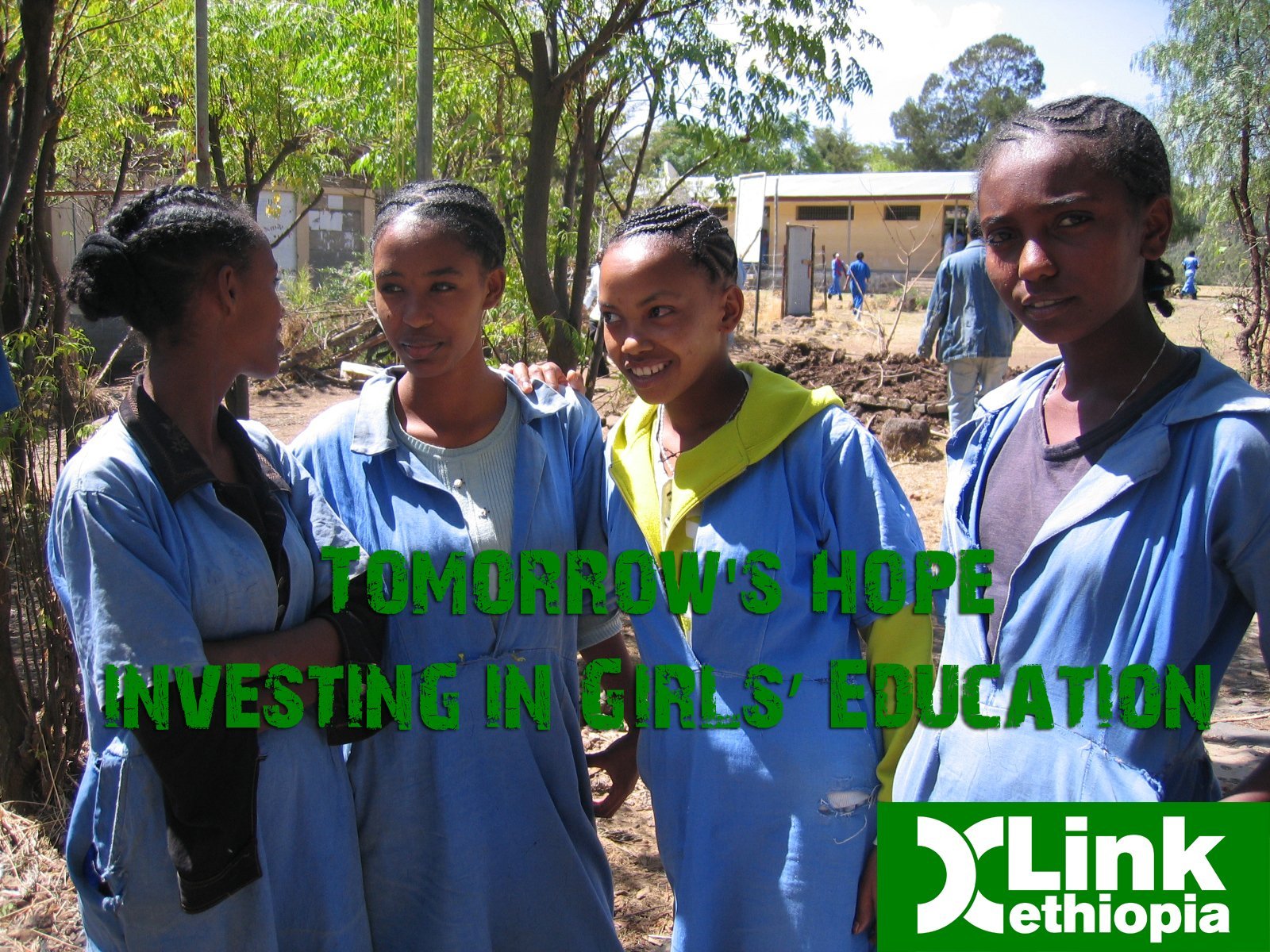 Recent research suggests that across the world, for every eight years of education given to a boy, a girl receives seven . This is a vast improvement on previous findings and has led to suggestions that the focus of development organisations should now begin to shift away from access to education and towards freedom from violence.

However, universal free access to primary education remains a central Millennium Development Goal and the distribution of male-bias education is uneven as some regions have particularly poor records for female education, including areas of Africa and Asia.

According to a 2009 UNESCO study enrolment rates in secondary education (effectively the final four years of school from year 9 to 12) are 39% for boys and 30% for girls. The historic lack of attention for female education is the most likely cause of a skewed distribution of adult literacy, 42% for men, 18% for women.

At Link, we’re interesting in pinpointing why in Ethiopia over 30% more boys than girls attend secondary school and more than twice as many men than women are literate. We decided to use our link schools to do our own research, unable to find evidence-driven assessments of the reasons for low female education in Ethiopia and knowing the answers could be locality-specific.

Our data collection took the form of a questionnaire, given to around 300 girls, but before writing the questionnaire we needed to know all possible reasons girls might have for missing school such that any questionnaires would address all areas. We therefore researched possible causes of high female dropout rate, using publications from UNESCO, USAID and UNGEI amongst others.

The research produced more than 10 general areas suggested as reasons for high female absence across the word. The most commonly raised were cultural reasons, pregnancy, poor teaching, early marriage, the need to change schools between primary and secondary, violence at school, pressure from families, economic costs of school, poor school facilities, health and low self-confidence.

Cultural reasons are those incorporating whether educating women is valued by the local society. Are women on an even footing in the workplace? Is an education worthwhile in the chance that it leads to a better life for a girl? An area potentially relevant to this in Ethiopia is the astonishingly high incidence of female genital mutilation in Ethiopia, 80%. FGM is an act considered so barbaric by so many cultures that such a figure must raise questions that include the control women have in society and social practice. Moreover, we wanted to know if there was a correlation between families’ opinions and experience of educating girls and their daughters’ attendance at school, for example, does the level of education of girls’ parents make any difference?

According to a 2005 study , 19% of Ethiopian women were married by their 15th birthday, 49% by their 18th. In the Amhara district (where our Northern office in Gondar is based), these figures were 50% and 80% respectively. Early marriage raises questions of early pregnancy, widely thought to cause drop-out from education, in the US for example, 51% of women who had a child in their teens have a high school diploma compared to 89% for those who didn’t . Although causality can’t be too readily ascribed to this statistic, 1/2 of girls in the US who left education sighted becoming a parent as a major factor in their decision compared to 1/3 of boys.

A detailed and well-described study in Sri Lanka found suggestions from students that lack of compassion from the teachers and a focus on academic activities were reasons for missing school. Clearly education is far more than academic attainment alone, while the quality of the education is clearly important for students to find the time-consuming and effortful nature of travelling to and being in school worthwhile. A UNESCO report also suggested that violence at schools might be a factor girls’ absence. We were keen therefore to include questions about the quality of education, the breadth of the curriculum and discrimination or even violence against girls at school.

Although free government education is available in Ethiopia, for many families, sending their children is not only costly in terms of materials and transport, but they may lose income from not having their children at home and thus available for work. Either working to produce an income directly or older siblings care for younger ones so parents are free to earn. Children may therefore get pressure from home not to go to school, perhaps via unreasonable demands at home that they must prioritise over school attendance.

A visit to a handful of Ethiopian schools tells you a lot about the general state of school toilet facilities. Link staff hear informal reports of pupils leaving school premises rather than use the school toilet and were interested in finding out if and why these facilities ever prevented girls coming to school, particularly during menstruation. This would need detailed questioning, including assessing possible solutions, would better toilet facilities, access to sanitary pads, or analgesics for the pain help girls attend school?

We were also interested in knowing how girls saw themselves. If female education is poorly valued by society, is one manifestation of this girls lacking self-confidence, ambition, and aspirations?

Our preliminary researched showed a few other areas that could not be covered by a questionnaire. For example, an idea in Rwanda to combine Primary and Secondary education into a single schooling system produced a fall in the drop-out rate between primary and secondary education from 14% to just 2%. We couldn’t pursue this in a questionnaire but it may be an area worth considering if the gap between primary and secondary school enrolment does not shrink.

We hope to have given ourselves the best possible chance of picking up any of the most apparent factors that may cause more girls than boys to miss school. Lots of variables still lie between us and reliable results to our questionnaire, let alone solutions to the problem of male-bias education. However, good research will allow for informed and more effective interventions.