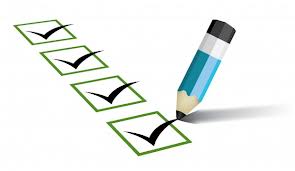 Having researched general reasons for high female drop-out rates, we needed a method of delivering a questionnaire that would allow us to achieve at least two things.  Firstly, easily collect a large sample of girls’ responses and secondly, have them answer honestly without fear of being embarrassed or punished for any of their responses, particularly the personal questions and those about parents and teachers.  We also wanted a way to get questionnaires to some of the girls missing school, something that can’t effectively be done by recruiting the girls while they are at school.

We settled on an anonymous questionnaire filled in by each student (rather than recording their responses from an interview), covering the areas raised in the previous post.  This was given to 30 randomly selected grade 7 and 8 girls (the last two years of primary school) in a mixture of rural and urban schools.

When running the questionnaire sessions in the school, it was important that we chose the girls so teachers didn’t consciously or subconsciously choose a certain subset of pupils. We therefore randomly chose 15 pupils from grade 7 and 15 from grade 8 randomly ourselves.  They were asked to spread out so they didn’t copy each other’s responses or feel that other pupils might look at their responses.

We used a mixture of open and closed questions.  Open questions gave the girls spaces to answer freely about issues concerning their education.  Closed questions were sometimes tick boxes, but mostly asked for a response indicating where an opinion lay between two extreme options.  This took the form of a Visual Analogue Scale (VAS), which is a horizontal 10 cm line with one response on the left and the opposite response on the right.  For example the questions “How much do you like coffee”, would have a line with “I hate coffee” at the left hand end, and “I love coffee” at the right hand end.  Respondents make a mark anywhere on the line that reflects their opinion in relation to the two extreme options.  Hence, if they love coffee they should mark close to or at the right hand end of the line, if they quite like coffee the mark should be closer to the middle while people who don’t like coffee should mark closer to the left hand end, further left for the more they dislike it.  We measure how many millimetres along the line the mark is made to generate a score out of 100 for each question.

Using a VAS system makes our statistical analysis simpler as each people aren’t drawn to certain numbers (e.g. repeatedly scoring responses as 7/10) and the gap between scores is even.  In contrast if you ask people to respond to the question “How much do you like coffee” by picking from verbal options e.g. 1) Hate, 2) Dislike, 3) Indifferent, 4) Like, 5) Love, the scale is non-linear, in that the ‘gap’ between 1 and 2, ‘Hate’ and ‘Dislike’ is likely to be different to the ‘gap’ between 3 and 4, ‘Indifferent’ and ‘Like’.  While a score of 4, ‘Like’, is not at all indicative that someone likes coffee twice as much as a score of 2, ‘Dislike’.  You cannot therefore assign each term a number and analyse the numbers fairly.  Moreover, people have different interpretations of words, something that becomes a particular problem in translating words between languages.  Together, this meant we were keen to avoid linguistic labels if possible.

Our open questions will have much more varied and personal responses.   These will be interesting in their own right, but for the purposes of large scale analysis that looks for prevailing views, we will analyse these statistically too.  This will involve categorical analysis.  Here the girls’ responses are used to create a number of categories that any answer to each question can fall into, i.e. the categories cover all the possible answers to each question such that each answer can be easily put in at least one category.  Once this has been done for each response, the relative frequencies of different categories for each question can be analysed to see what the prevailing views on the topics we asked about are.

The girls’ responses were in Amharic or Oromic.  The questionnaires were therefore sent to Link volunteers who translated and uploaded responses into excel documents.  This was and is a highly really valuable service we’re very grateful to the volunteers who gave their time to a key part of an important project.

Before the end of the project we are also keen to collect comparable data from boys so we can assess sex-specific differences and use siblings attending school to get questionnaires to sisters back home who don’t attend school.  If you have other ideas or knowledge about how to access girls not attending schools, please get in touch!

We plan to use the results to identify a few key areas that could be changed in schools to increase female attendance.  We aim to use a few of the Link schools to trial interventions designed to tackle the areas identified by girls as problematic.  For example, if the responses to our questionnaires identify the journey to school as dangerous, school equipment as too expensive and the toilet facilities as stopping them attending school, we would aim to trial three corresponding interventions in 3 Link schools.  One school might have morning and evening transport provided, a second funding for school equipment for students from poor families and a third may have improved toilet facilities or more regular cleaning.  We would use long term attendance rates to monitor if any of the interventions were effective at reducing the gender gap.  Clearly any successful interventions would be trialled further in other schools with a view to more widespread use.