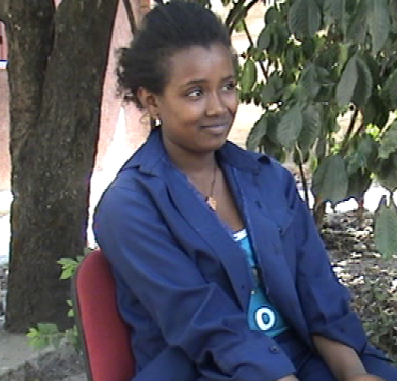 A word from Habtamu…

Home » Blog » A word from Habtamu…

One of our Ethiopian staff members, Habtamu – Sponsorship Manager in Bishoftu – wanted to highlight the case of one of the sponsored children whose education is supported by the Link Ethiopia Sponsorship Scheme.

“Tejitu is a 17 year-old Ethiopian who was born and still resides in Bishoftu. She is unsure of her family background; she does not know her parents and currently resides with her second guardian. While she does not know her history with any certainty, she has theorized that her father left her with her mother and her mother subsequently either gave her to her first guardian or abandoned her.

At the age of seven, after completing grade 1 at Keta School, she joined her current guardian. She has acknowledged that, at this stage in her schooling, she was unsuccessful in her schooling, and was consistently seeing her friends gain awards for their rankings at school. This gave her a sense of ambition to perform well at school, and from grades 2-6 she obtained third rank awards, in grade 7 received second rank and in grades 8 and 9 received first rank. Tejitu says that her current guardian has sons and daughters of her own, but she is always treated as a daughter in her own right.”

A Sponsorship History: Link Ethiopia has been sponsoring Tejitu for approximately four years, providing resources both directly to her and to her school. Throughout her experiences with this organisation, one highlight has been her participating in a World Challenge activity. Tejitu helped to organise activities for the group of students who travelled to Ethiopia with this organisation. In coordinating and delivering these activities, she was able to interact with the English students who were studying at the UK school in Dubai, and by extension improve her confidence and increase her understanding of global culture.

Project scheme: Link Ethiopia has built and established a library at Tejitu’s school, and she states that she visits it often to read a number of books that this organisation has supplied.

School Links scheme: Through establishing a School Links club at her school, Tejitu has enjoyed exchanging letters with pen pals at her linked school in the UK. She has said that this increased her knowledge of other cultures and gave her opportunities to practise her written English skills. She has also acknowledged that this has built her vocabulary and communication skills, and has subsequently improved her results in her school subjects. She also believes that it has allowed her increased confidence in interacting with English speakers.

Sponsorship scheme: Tejitu has received resources such as a school uniform, casual clothes and school supplies from Link Ethiopia. These have helped her to attend class regularly, with increased confidence and understanding.

Volunteer scheme: Link Ethiopia has placed two native English-speaking volunteers at Keta School, offering a spoken English class and a conversation class. Tejitu believes that this has broadened her understanding of the world outside and built her confidence with speaking the English language.

Future ambitions: Tejitu is hoping for a good result with her grade 10 national examination, and to continue at a preparatory school next year. Her further goals include attending university to study biology, with a specific interest in researching botany.

A word from Habtamu...