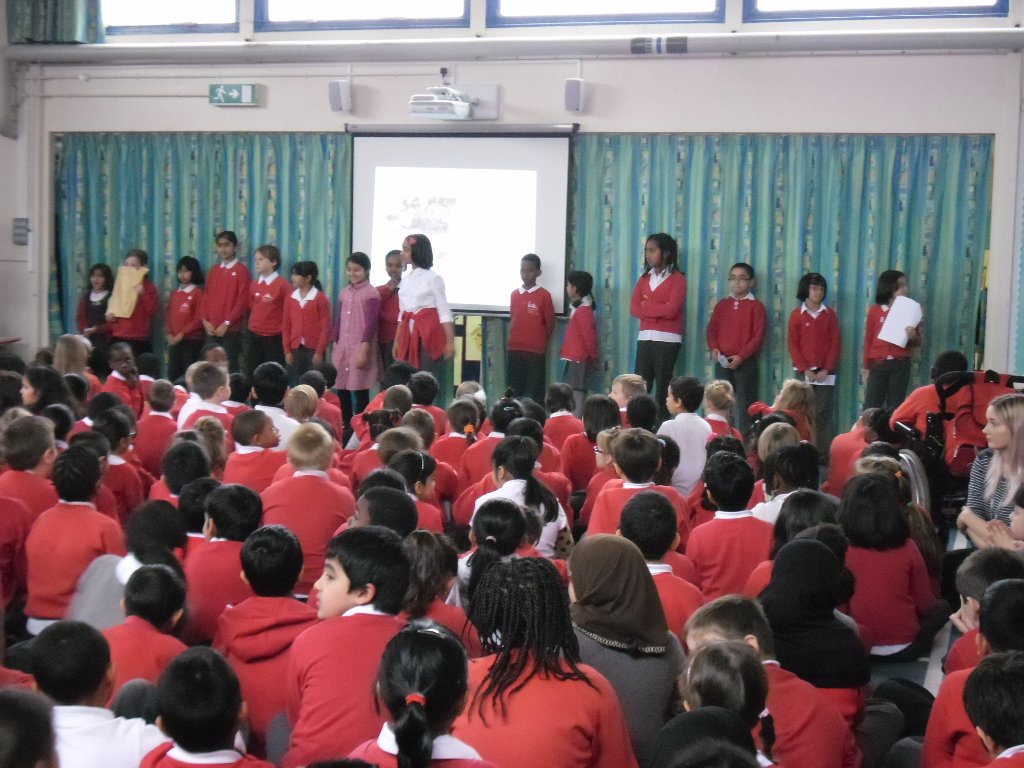 Yeshialem, the Link at Derera Elementary in Ethiopia, recently spent a week at Colegrave Primary school where she became fully involved in an action packed week. This visit was funded by the British Council Connecting Classrooms Grant for reciprocal visits.

The week started with a welcome ceremony where students at Colegrave dressed up in traditional Ethiopian clothing, attempted Ethiopian dancing and presented Yeshialem with flowers. The students took the lead in showing their visitor around their school and then the next day took her on a walk of the local area to show her where they all live, local community gardens as well as the Olympic buildings from a viewing gallery of the Olympic park.

In subsequent days Yeshialem spent a morning with governors (one of which showed her around the town hall as he is also a town councillor); she attended the Link Ethiopia club; taught lots of classes some more authentic Ethiopian dance moves in traditional dress and did some sight-seeing in London.

On her final day Yeshialem and the Link Ethiopia Club together put on a lovely assembly in which they presented their project so far and celebrated the link with Derara. In the afternoon they did a coffee ceremony with Yeshialem. This also formed part of the schools fair-trade awareness action event (the school is working towards beoming a fair-trade school and using some of the learning from the link to support this). The children handed out information they had gathered about fair-trade and coffee ceremonies in Ethiopia, and wrote down what people thought. They were also able to use this event to raise some funds for their link school, Derera.

Yeshialem made a really positive impression on many of the students during her time and also made friends with a number of staff including a teaching assistant from Somalia. Although it is clear that Yeshialem benefited immensely from the experience she wasn’t the only one – the week Yeshialem came to visit is likely to be one the students never forget.