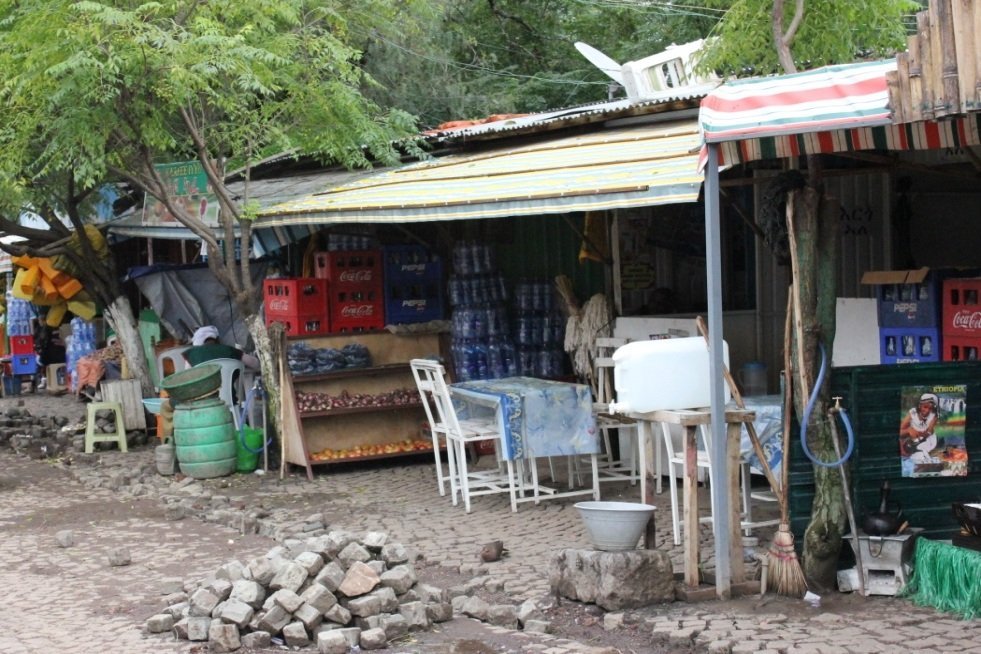 Steph McKean, who volunteered in Lemlem Tesfa School in Bishoftu (Debre Zeit) this summer, has written this beautiful and very personal account of her time in Ethiopia. A fantastic insight into the Link Ethiopia volunteering experience!

Surely all travel has a purpose. Be it for business, relaxation, sight-seeing or maybe to see old, or meet new, friends – there is always a purpose.

For me it was to volunteer teach. Honestly, I always wanted to do a voluntary-type trip. Which sounds so cliché, and I hate that. I’d have people comment that I was disillusioned to think I was going to “save Africa”. Strangely, my reasons were (and I’m not sure if I should be apologetic for this) more selfish. I wanted to learn from them. I knew going for 5 weeks wasn’t going to change their reality, but it certainly could change mine.

I was apprehensive about the poverty level. When you hear Ethiopia, you likely picture World Vision’s (or the alike) commercials. The children barely clothed, clearly undernourished and seemingly, heartbreakingly sad. For a bleeding heart like myself, I was definitely concerned about how affected I would be by the poverty. But I wanted context. I wanted to understand. And more than anything, I wanted to experience a life not caught up by the numerous distractions embedded in Western society.

It was different, that was for sure. But that was part of my overt, unreserved love for Africa. A taxi was a van meant for 12 but that held somewhere between 18 and 20. Goats’ heads were being sold on the side of the road for guard dogs to eat. Farm animals freely roamed the street. HIV testing booths were set up in big cities and consisted merely of a curtain and stool. Families often had 6 or more children (not uncommonly up to 12). People assumed I knew how to fix computers because I was clearly a ‘foreng’ (foreigner). Homes and shops were mostly made from tin and mud, although the better ones were cement. People were at home no later than 8pm. Home security consisted of broken glass bottles cemented into the 9 foot concrete fences, or barbed wire if you had some money. Farming was still done by oxen and wooden ploughs. Children’s clothes were often too big, torn, and worn for multiple days. Viewings lasts for at least a week and the entire community shows up to give support. Cars and homes are not bought on loans, but paid for in cash. Class sizes on average were 80. Many schools did not have clean water on site. Like I said, different.

I wanted to teach during the experience for one sole reason really: I knew I could connect with the children. Despite the aforementioned differences I knew kids and the great thing about them is that they are just kids. I was pretty certain about that. I knew they would be happy and excited. I knew I would be too. I knew I could help them, but I also knew I would enjoy being around them. And it was exactly as I expected from day one. In class there was complete respect. They learned English pronunciations and sentence structure. At break I’d always play with them outside. They wouldn’t leave the room unless I was going too. They taught me game after game. They told me about their families. They taught me as much Amharic (official language of Ethiopia) as I could handle. How new homes were being built on their compound because their oldest brother just got married and he and his wife would live there. They were shocked when I told them I had only one brother. “And how many sisters?” they’d ask in unison. None. When asked what they do for fun almost all said they helped their family, played games with their siblings or visited extended family.

At the end of the day they also walked home with me as far as they could before reaching their own homes. One walked with me almost for the entirety of the 30 minutes. When we got to the main, busy road, he instinctively held my arm (as the men do in Ethiopia). He wanted to help guide me through the hysteria of horse wagons, mopeds, tuk-tuks, cars, and trucks that had little to no road rules to follow. This 11-year-old boy was there watching out for my safety. Wasn’t it supposed to be the other way around?

Obviously these kids had different situations than kids in the UK, the US or Canada but they were still kids. Happy, sponge-like kids – and I loved every minute with them. Before I knew it, my last day of teaching arrived and I was getting geared up to say goodbye (I’m terrible at goodbyes).

I arrived at the gate and like every other day I was swarmed with crowds of children wanting some sort of individual acknowledgement or hello. I let my bag slide off my shoulder when I felt the first pull, knowing that student was bringing it to my classroom for me. I didn’t even need to look to see who it was. It was my last day, so I knew they’d have coaxed up some wonderful little ceremony. And they had. Complete with traditional dress, a coffee ceremony, speeches and goodbye gifts.

They held me to my earlier, naïve, promise to dance with them, and they showed me how to do it. We took some pictures together and said our goodbyes.

But before I actually left, I made sure to go say goodbye to some of my fellow teachers too. I had met with 3 very touched teachers before seeing the man who taught in the classroom next to me. He was older than most of the other teachers, nearing 60 I’d say. His English wasn’t as strong as some of the others, and my Amharic certainly wasn’t near conversational, but we still managed to say “Hello, how are you?” every day. I wasn’t expecting it as I walked over to him to shake his hand. I mean we had barely spoken. But he had welled up with tears. He didn’t respond to my casual “Salem?” (How are you?), and his lips quivered. He just gave me a big hug, a nod and blinked away the tears forming in his eyes. This was a man I barely knew, but his appreciation for me just being there at that school, with those kids, was unquestionable. It was my perfect moment. It was essentially the reason I came.

Of course I had learned countless things over the few short weeks in Ethiopia, but none captured a feeling as well as that moment did. I knew the relationship with the kids would be wonderful. I knew I’d love living in an African culture. I just hadn’t expected such immense emotional attachment, respect and value from the surrounding community. I was humbled. Just because I wasn’t going to change their daily realities, didn’t mean those human connections didn’t change something for that community. As trivial, mediocre or inconsequential I may have thought my actions to be, I was wrong. Caring goes deep. It’s more recognized and appreciated than I really thought ever to be true. My faith in human connections (one that had been wavering more recently) had been completely restored. Giving your energy and emotions to kids usually has an immediate and obvious return, but just because that return may be more concealed with adults, doesn’t mean they aren’t there.

What I took away was that regardless of the country, the ethnicity, the circumstances and the perceived or learned differences, not only are kids just kids, people are just people. And more than anything, people want to feel. They want to feel loved, they want to know somebody cares, they want to feel appreciated, and they want to feel happy. Fortunately, everyone has the ability to create and foster that, in any situation.

They may have learned some English, but I learned much more.

If Steph’s experience has inspired you, click here to find out about volunteering in Ethiopia with us.