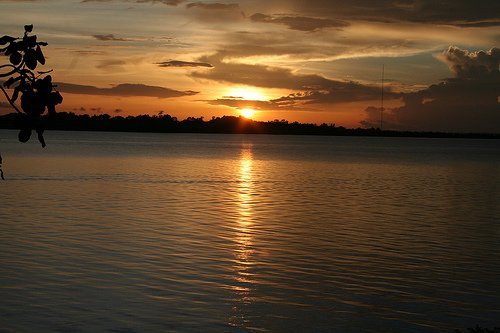 In the north of Ethiopia, high on the plateau at nearly 1800 metres above sea-level, lies the wondrous Lake Tana, source of the Blue Nile, site of a number of ancient island monasteries and home to numerous varieties of exotic bird- and plant-life, as well as crocodiles and hippopotamuses in plenty.

This huge lake, visible on all but the smallest maps of Africa, is about 85 kilometres long, from Bahir Dar, an attractive lakeside town on its southern shore, to Gorgora, an ancient and much less developed settlement on its northern fringes. It is just over 65 kilometres wide from west to east, making it one of the truly great lakes of the African continent.

How many islands there are on the lake depends not only on the height of the water in the lake but also on whose words you are reading. An early Portuguese missionary in the 17th century counted 21 islands, with seven or eight having monasteries. But James Bruce, the great Scottish explorer in the 18th century, was told that there were 45 inhabited islands.

There are many recognised religious sites on these islands with numerous historical remains and artefacts guarded carefully by the inhabiting monks. The most famous of all the islands has to be that named Tana Kirkos which was supposed to have been the resting place of the Ark of the Covenant before it was later moved to its traditional modern home in Axum in the very north of the country.

One of the most striking features of Lake Tana are the papyrus beds around its perimeter from which the local boats, called ‘tankwa’, are still made, much as they would have been thousands of years ago.

Bird-watchers flock to Lake Tana where 217 different species have been identified, several of them unique to these areas of Ethiopia.